This week a few representatives from Reforming Anatomy had the pleasure of being in the audience of an epic jazz gig by Ollie Howell and his band, held at The Troubadour in London. To say that Ollie’s set wowed the entire audience is an understatement.

Ollie featured as part of The EFG London Jazz Festival in collaboration with Professor Roger Kneebone. Jazz music was played in conjunction with a surgical demonstration, which was inspired by Ollie’s own experience of brain surgery during the early stages of his career. Much of the material from Ollie’s debut album, Sutures and Stitches, was written during his post-operative recovery on the hospital ward.

A critically acclaimed and exceptionally talented Ollie Howell is certainly one to watch.

Something for the weekend: http://www.rajivgrover.co.uk/page/115/Art-Surgery.htm

Rajiv Grover is a plastic and aesthetic surgeon who has famously lectured on the interaction between art and surgery in his cosmetic work. This article discusses Grover’s lectures and pays particular attention to the Central Face Triangle, which is depicted below. A very analytical way of looking at beauty is presented. What is your interpretation of this? 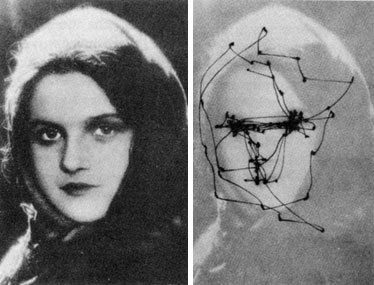 A very interesting quick read from the International Journal of Epidemiology:
Deborah Padfield’s work focuses on the use of images and photography to enable patients encountering chronic pain to express their condition to medical professionals looking after them.

Patients who encounter facial pain will frequently undergo surgery to try and address the cause. However, it is not uncommon that they may be left with residual neuropathic pain. Padfield’s work presents the immense potential that artwork can have on treatment and therapy in conjunction with both surgery and general medicine.

As a collective we avidly support the amazing work of the Alternative Limb Project.

Prosthetics used in repair and enhancement are hugely transformative to people’s lives. The creativity, design and contemporary art elements combined with the enormous contribution to wellbeing and quality of life make this project truly inspirational.

As our first blog post, there is nothing much more fitting than a short, poignant essay which cuts through the classical division between contemporary arts and surgical practice. With exceptional imagery and subtle metaphors, this piece references art history and current surgical techniques to draw comparisons between the two fields. Is the surgeon-artist ‘a less desirable alternative to the precision and accuracy promised by medical machines’? Reforming Anatomy would argue perhaps not, but it’s for you to decide. Enjoy and feel free to share your thoughts!